A man and woman are the latest two people arrested, following a break-in  on Thursday morning where five cars were stolen from a business at Noarlunga Centre.

At around 2am on Thursday 15 October, five cars were allegedly stolen from a Noarlunga Centre business.

Just after 11.30am on Friday 16 October, a Southern District police patrol spotted one of the stolen cars, a stolen grey 2013 Ford Fiesta on Flaxmill Road at Christies Downs.  The stolen car with two male occupants failed to stop for the patrol and it was followed south down the Southern Expressway then to Main South Road where it headed north.

The stolen car then headed east on Pimpala Road where it blew a tyre and the car was dumped, both men ran from the vehicle.

A short foot pursuit ended when both men were detained.

The police helicopter (PolAir) was already in the area from the earlier pursuit and picked up the vehicle around Flagstaff Hill.

The stolen ute with one male occupant continued north on Fiveash Drive at Pasadena then Daw Park at about 1pm.

PolAir continued to monitor the vehicle as it headed north on South Road at Edwardstown then Black Forest while police patrols attempted to intercept the vehicle.

The stolen ute travelled through suburbs of Hyde Park, Malvern, then Portrush Road at Glenunga where it travelled on the wrong side of the road.

At 1.25pm the stolen car was back at Malvern and Unley then to Wayville.  At South Road and Anzac Highway, the stolen ute again travelled on the incorrect side of the road to avoid traffic.

During the incident a police officer was injured when he was struck by a member of the public's vehicle while trying to deploy police road spikes on Anzac Highway at Everard Park.  The Western District constable was taken to the Royal Adelaide Hospital with head injuries which are not life-threatening.

At 1.45pm the stolen car attempted to enter an underground carpark at the end of Anzac Highway, but got stuck and the male driver ran from the car.

Police patrols converged on the area, chasing the suspect on foot before arresting  a short distance away.

The 27-year-old man from Adelaide was arrested and charged with aggravated serious criminal trespass and theft, illegal use, and numerous traffic matters including driving to evade police and driving in a manner dangerous to the public.

Just before 8.30pm on Friday night 16 October, Southern District Police attended a house on Challenge Drive at Noarlunga Downs, searching the property as part of the ongoing investigation into the stolen cars.  At the property, police located a stolen white 2020 Kia Sorrento SUV, which was one of the five vehicles allegedly stolen from Noarlunga Centre, as well as finding keys to the vehicle inside the home.

A  25-year-old man from Maslin Beach and a 21-year-old woman from Noarlunga Downs who were at the house, were arrested and charged with serious criminal trespass and illegal use, they have been refused police bail and will appear in the Christie Beach Magistrates Court on Monday along with the three other males who have also been refused police bail.

A total of five people ( four men and a woman) have now been arrested over the break-in and theft of the five vehicles.

Anyone with information on the location of any of the vehicles is asked to contact the police assistance line on 131 444 or Crime Stoppers on 1800 333 000. 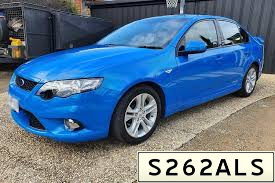