Roads have been reopened and phone services restored after a fire which destroyed a large area of grass in the State's lower south-east yesterday.

Just after 12.30pm on Monday 11 January, police and CFS crews were called to Avenue Range following reports of a large out of control grass fire which spread into the township of Lucindale.

The fire was brought under control around 10pm following the ongoing efforts by CFS crews along with favourable weather conditions. About 14,074ha of grass was destroyed with significant losses to livestock and fencing.

Road closures are now being opened, however signage has been erected for caution of all road users.

Roads have been cleared of debris however road users should be aware of trees affected by the fire along the roads and the possibility of limbs and debris falling onto roads.

A damaged Telstra tower has been restored and communications are up and running in the area. SA Power Networks are still checking lines and rectifying issues where they can.

If you are driving through this area you should slow down and be aware of fallen trees, injured or deceased livestock and wildlife that may be on the roads.

Crime Scene Officers attended the point of origin, believed to be in a paddock near the south eastern end of Mt Scott Conservation Park. The cause of the fire is ‘undetermined’, but has been deemed as non-suspicious.

Issued for Blackford, Avenue Range Road and Minnie Crowe Road near Avenue Range and Lucindale in the Lower South East of South Australia

If you are in this area stay alert, monitor local conditions and decide what you will do if the situation changes.

At this time there is no threat to life or property and firefighters are attending this fire.

For updates visit the CFS website www.cfs.sa.gov.au or phone the Bushfire Information Hotline on 1800 362 361. 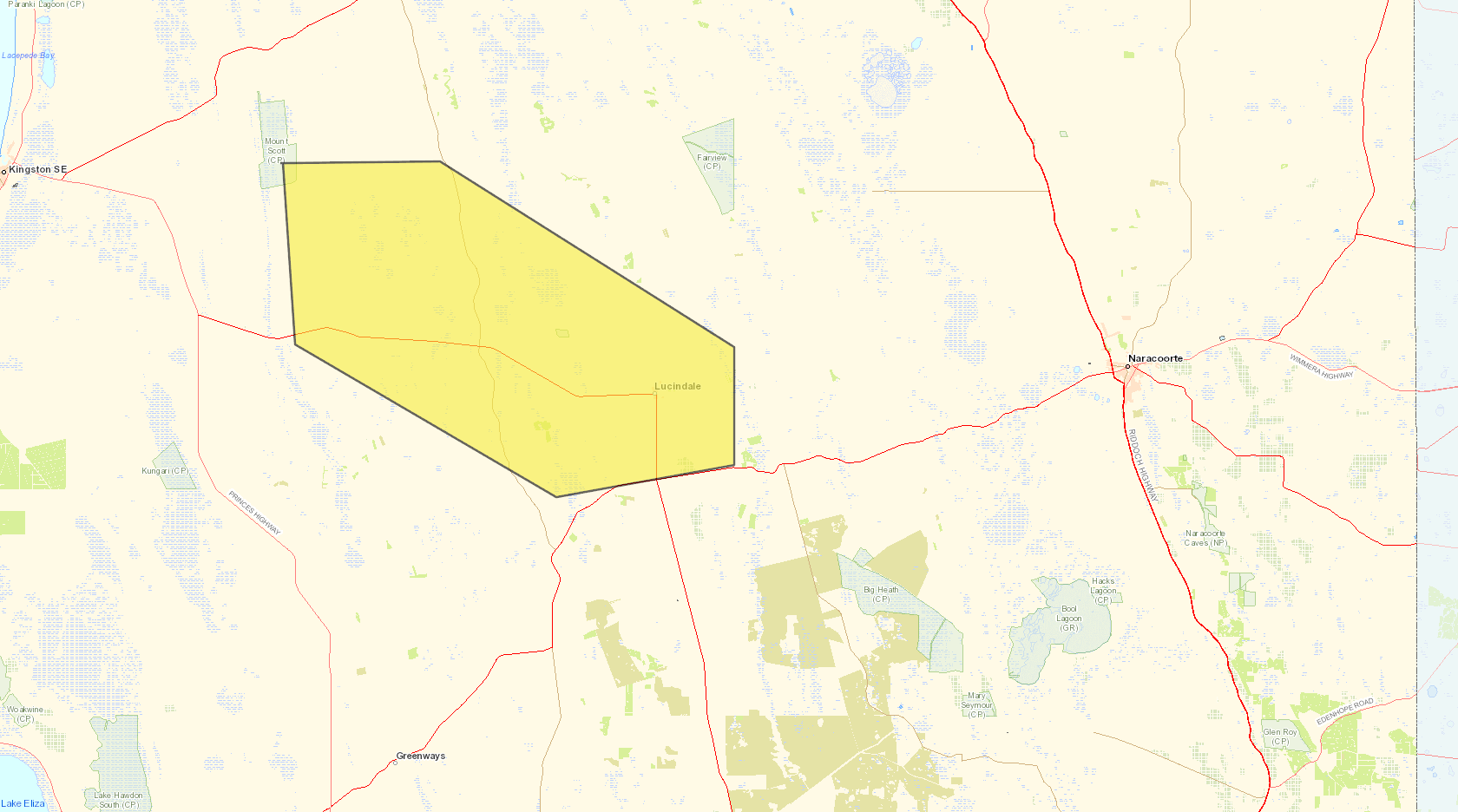 KEEP UP TO DATE:

Do not rely on a single source for warning information.