Four people have been arrested in South Australia during a nationwide operation targeting the Hell’s Angels Outlaw Motorcycle Gang.

On Wednesday 14 October members of SAPOL’s Crime Gangs Task Force and Serious and Organised Crime Branch participated in a National Day of Action with other law enforcement agencies. Several searches were conducted across the metropolitan area relative to drugs and firearms and included COVID compliance checks conducted at five businesses associated to the outlaw motorcycle gang.

Police located a trafficable quantity of methamphetamine, approximately 30 litres of fantasy (GHB), $5,000 cash and a clan lab at a Burton address. A 39-year-old Burton man, who police will allege is a Hell’s Angels member and a 41-year-old Angle Vale woman were arrested and charged with trafficking a controlled drug, manufacture controlled drug and unlawful possession. The man was refused bail to appear in the Elizabeth Magistrates Court today, while the woman was bailed to appear in the same court on 20 November. 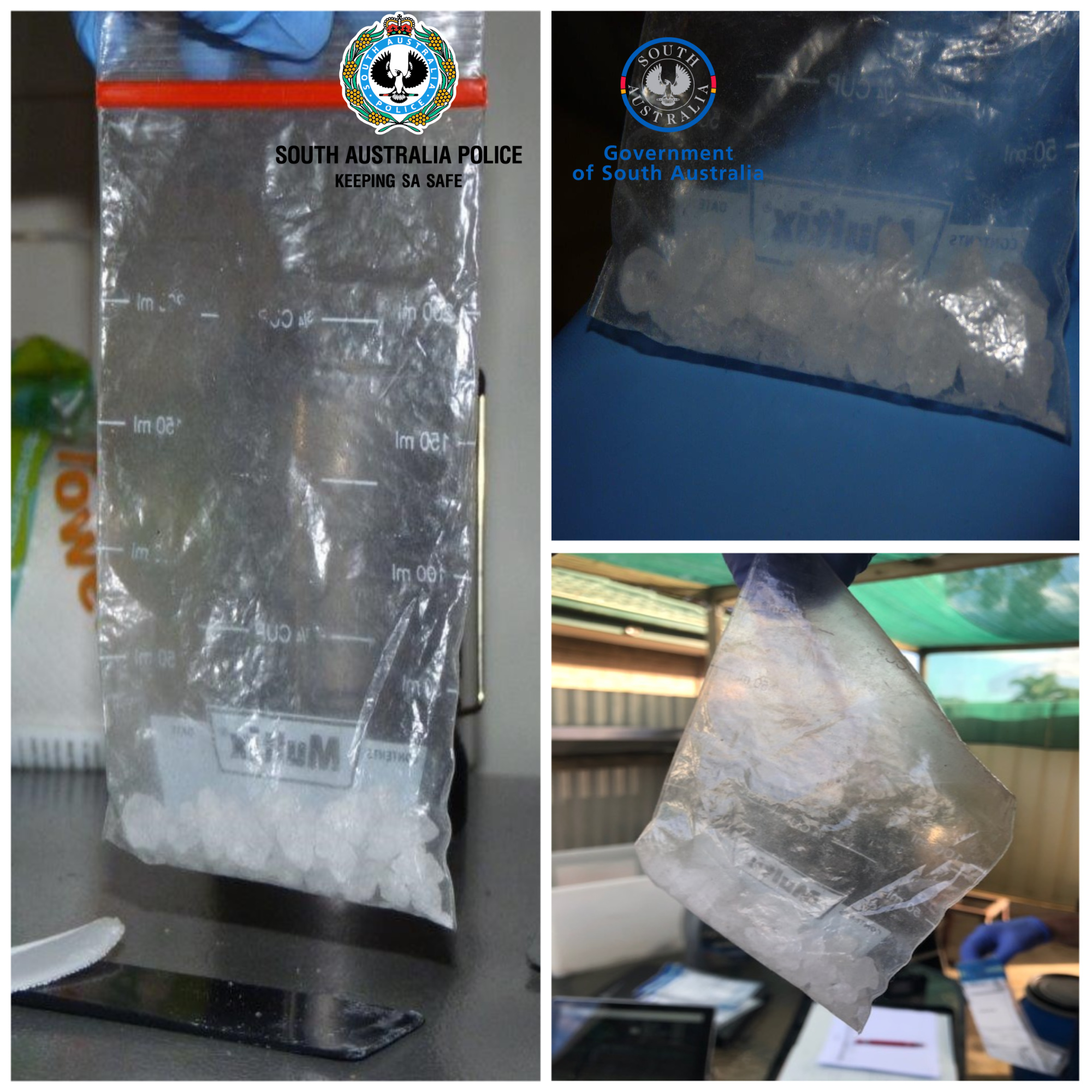 Police also arrested a 30-year-old Kilburn man (an alleged Hell’s Angels associate) and a 29-year-old Novar Gardens man for cultivate a commercial quantity of cannabis and possess prescribed equipment after 21 cannabis plants and hydroponic equipment was located at a Morphettville address. They were both bailed to appear in the Adelaide Magistrates Court on 28 October.

Another member of the HAMC was found to be in breach of parole and a report has been provided to the Department for Correctional Services for their consideration.

Detective Acting Chief Inspector Damian Minchenberg of the Crime Gangs Task Force says, “SAPOL’s Serious and Organised Crime Investigation Branch which consists of the Crime Gangs Task Force will continue to proactively police the criminality of OMCGs and support our interstate counterparts. While legislation has had a significant impact on OMCG members in terms of their ability to meet, interact and plan their activities, the results of yesterday’s operation demonstrate SAPOL’s commitment to investigating their ongoing offending and persons associated to OMCGs.”

A national media release has been coordinated this year by WA Police and can be found at the link below: