“Through this operation we have been able to return Mario Della Torre, Keith Wilson and Stephen Kentwell to their families.  We have also identified four Aboriginal ancestral remains that have been returned to the Aboriginal community for repatriation,” Detective Inspector Featherby said. “The identification of remains will often assist police in determining if the disappearance of the deceased is suspicious or not. By identifying these remains we are not only able to investigate the death but importantly provide families with some answers and afford the deceased a dignified burial.”

“Forensic technology is continually evolving, meaning that we can revisit decades-old cases with new techniques and fresh eyes that can uncover information that was previously unavailable. Families and loved ones deserve answers, and we will use every technique at our disposal to help SA Police find those answers.”

Minister for Police Joe Szakacs said police continue to pursue all avenues of enquiries available until an individual is located.

“South Australia Police endeavour to give the families of missing person answers as to why their loved one has disappeared,” Minister Szakacs said.

The sister of Gintautas Paul Stimburys has waited 30 years for answers after he was reported missing from his home at Gawler River on 8 August 1992. The then 35 year old was wearing blue/grey jeans, white sandshoes, dark socks and a grey parka. He did not take his wallet or any other personal possessions, and has not accessed his bank account or contacted family or friends since this time. Despite extensive enquiries by police and family, there has been no information regarding his whereabouts since then. 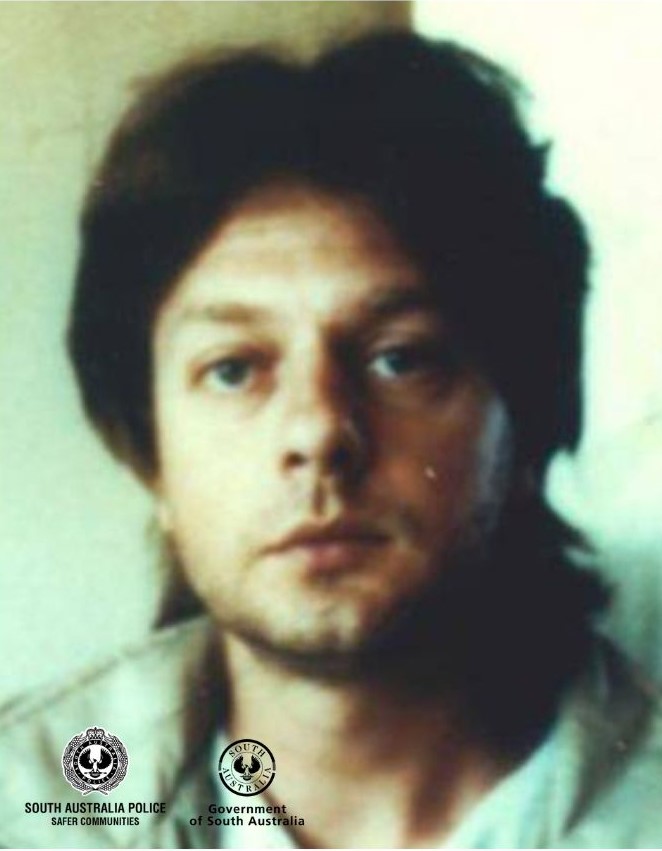 Police often use technology such as age progression to support identification of long term missing persons. This has been completed on a photograph of Gregory John Michael Christiansen, who was 41 years old when he was reported missing on 9 January 2003. Gregory arrived in Port Germein by bus and booked into a local hostel on 6 January. He was last seen in the town by the manager of the hostel on 7 January, when Gregory told him he was going for a walk on the beach, leaving his possessions at the hostel. He has never been seen again.

Anyone with information about a missing person or their whereabouts or information regarding unidentified human remains should contact Crime Stoppers on 1300 000 333 or visit www.crimestopperssa.com.au.

On the 17th of July 2010, the skeletal remains of a deceased male were located near the Mount Lofty summit area after a controlled burn of scrubland.  An Anthropological examination suggests the remains are from a male aged between 25-50 years old, about 163-173cms tall, of mixed ancestry who died within about two (2) years of discovery.  A backpack, sunglasses and a 2008 dated coin were found nearby.  This individual was identified as having some restorative dental work, which is more commonly used in Japan or China and particular indicators observed on this individuals DNA profile supports the notion that he is in fact of Asian descent.  Assistance is sought for any Information regarding this man.

On the 8th of February 2004, a single bone fragment which is presumed to be a humerus (upper arm bone) with a 70mm metal surgical plate attached, was located on Woolwash Beach near PORT MACDONNELL.  An Anthropological examination suggests the bone is from a young, rather gracile adult.  The only markings on the surgical plate are ‘ViTALLIUM’.  Enquiries have revealed this was a commonly used surgical bone plate, to repair fractures. Vitallium is an alloy of cobalt and chromium which was widely used for surgical instruments and prostheses.   Assistance is sought for any Information regarding this individual or from anyone who knew someone one who had a surgical plate inserted into their upper arm and is now missing.

On the 8th of January 1983, the skeletal remains of a deceased male were located in roadside scrub along the Playford Highway, west of the Airport on KANGAROO ISLAND.  An Anthropological examination indicated the remains are from a middle-aged or older adult male of European ancestry, approx. 162-173cms tall, who wore a full set of dentures and died within the proceeding two (2) years.  Healed fractures were observed on the right lower leg bone in two locations. Following the discovery, rumours about this individual appear to have spread across the Island with suggestions he had either been travelling on the Island, an itinerant worker or a previous resident.  However, a review of this investigation has been unable to establish his identification. Assistance is sought for any Information regarding this man.

On the 4th of October 1964, the body of a fully clothed deceased male was located on the sand at ‘Kings Beach’ west of VICTOR HARBOR.  The male was of Caucasian appearance, aged about 50 years, 5’11”, medium build, brown hair which was greying and receding on his forehead.  He had no upper teeth, and only eight teeth in the front in his lower jaw.  He was wearing an olive green tweed sports coat, dark grey Fletcher Jones trousers, khaki V-neck pullover, white neck shirt, and black leather ripple soled size 10 shoes.  Despite Police enquiries with local shipping companies, fisherman and interstate Police jurisdictions, the deceased appears never to have been identified.

The following sketch was created in 1964 from photographs of the deceased: Map of where Unidentified Human Remains were found